What if I told you that the moment an editor picked one news story over another that that is an exercise of bias and manipulation?

I know that sounds a little bit far fetched. A lot of people might call me quite extreme for making this claim, some others might even call me completely ignorant because, after all, editors have to prioritize. There are just so many news items that an online paper, journal or blog can publish every single day. Fair enough.

There has to be priorities. There has to be some sort of filtration system. But the fact that certain news organizations, like Fox News, pick certain news items to feature in a way that’s completely different from the New York Times, Washington Post, does lead you to a solid conclusion.

Editorial policies do play a big role in whether the paper or online news source will feed existing biases or not. Editorial policies, whether we like it or not, are crucially important and indispensable.

This is why we have to be guarded about them. We have to keep our wits about us when thinking about editorial policies because they can undermine our mental processes. They can erode us.

And often times, and I hate to be the one to report this, a lot of these mainstream media outfits actually have an editorial agenda. They belong to a certain party, they believe that the world should operate a certain way, they go to certain schools that have a long track record of espousing certain political philosophies and ideologies. These are not facts. This is real.

And let me spell it out. Let’s call a spade a spade. Most reporters in the United States and Western Europe tend to be liberal. I’m not talking about classical liberals here. I’m talking about modern liberals. These are heavily influenced by state control.

They believe that the state is the answer to a lot of life’s problems. They believe in big government. They distrust rank and file people regarding common sense decisions that impact their daily lives. Instead, they’d rather abdicate a lot of their personal responsibilities to the big almighty state. They believe in high taxes, and on and on it goes. 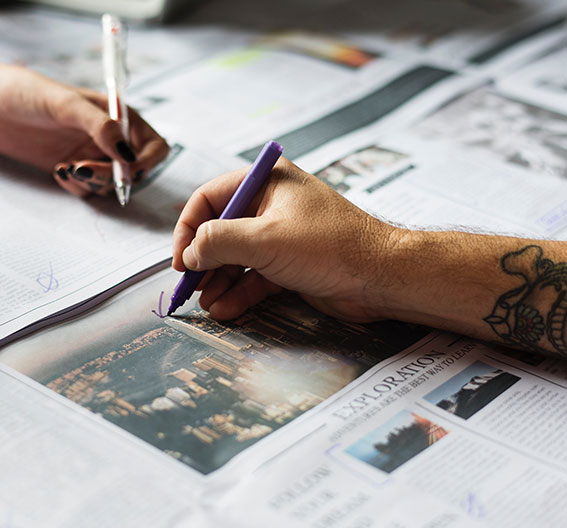 Do you think that bias is just going to remain with them? Do you think that somehow, some way, they would create this impermeable wall between their opinions and how they view the world and how it should operate and the stuff that they report for a living? Fat chance.

And it’s no surprise that mainstream media hate Donal Trump, Duterte, Putin, Erdogan of Turkey. These all come from the same bias. And the thing is, if you are unclear regarding editorial policies, you will become a victim of it again and again and again.

It’s like a brain parasite entering through your ear and then pushing you to make all sorts of decisions. But in your mind, you’re the one calling the shots. You’re the boss. You’re in the driver’s seat.

That’s the danger we run because these ideas come from somewhere. And unless and until we challenge them and we pay close attention to the editorial policies that made them surface in the first place, we are going to get played again and again and again.

Now, I’m not saying that Putin, Duterte, Erdogan, and Xi of China are all 100% angels, but there is something to be said about the fact that there seems to be a chorus that keeps saying the same stuff, regardless of where they are located in the world. There is something to say about the huge army of institutional players arrayed against these people spouting out certain repetitive mantras.

And of course, the biggest example of this is the almost global revulsion to Donald Trump. Now, israelinewsnow.com is not a pro Trump or anti-Trump news blog. Instead, I’m just raising this example to let you know that editorial policies are real and they have an impact on you.

If you remain clueless as to how they play out, you become a victim of them. You start thinking thoughts that you believe are 100% yours when in actuality, they’re implanted there. They’re supposed to serve another agenda. They’re definitely not there to serve yours. So be aware. Wake up before it’s too late.